Quoting from the Singapore’s Pledge,

Regardless of race, language or religion

To build a democratic society

Based on justice and equality

So as to achieve Happiness

Progress for our Nation

Do Singaporeans actually take a stance to observe how well-applied this pledge is to the social aspects in Singapore?

With the Government slowly taking measures to “help the children” of unwed parents,

it is definitely not misconstruing to say that the Singapore Government hasn’t really lived up to its claims – based on the lines “to build a democratic society, based on justice and equality” – simply because the rights granted are not EQUAL. Thankfully there are social services available for single mothers to receive moral support but that is simply not enough! The fact that all single parents do not receive full Government support

and this will make it even tougher for them to be mentally stable while dealing with social discrimination and/or financial struggles.

Funny how the Government promises an $8K cash gift to encourage more babies to be born so as to balance out the aging population and ensure that Singapore can still run successfully in the near future – yet – with a criteria;

‘ONLY FOR MARRIED COUPLES’

Although worldwide statistics has proven that children of single parents tend to be at higher risks of parental abuse, poor academics grades, low success in labour market as well as poor physical and mental health, has anybody ever questioned why is that so instead of directing their pointed fingers to unprepared single parents. I believe many single parents did not plan to be single parents so imagine what a blow it could be on single pregnant mothers deciding on whether to abort their babies or keep them alive.

Some may be lucky enough to receive family support yet some are being shun away simply because having a child before marriage is traditionally remarked as “shameless” – which the Government is somehow enforcing subconsciously – in the minds of society.

Based on psychological research, as a fetus grows, it is constantly getting messages from its mother. It is not just hearing her heartbeat and whatever music she might play to her belly; it also gets chemical signals through the placenta (Psychological Science, a journal of the Association for Psychological Science). This also includes signals about the mother’s mental state. Therefore, mothers who were depressed during pregnancy tend to have children who are slow in learning and at higher risks of neurological problems and psychiatric disorders. On the other hand, happy pregnant mothers tend to have children who achieved better grades than their peers in schools.

“We believe that the human fetus is an active participant in its own development and is collecting information for life after birth,” Sandman says. “It’s preparing for life based on messages the mom is providing.”

Having this knowledge in hand, it would be good for each of us to question ourselves on whether these single women in Singapore are “HAPPY” during their pregnancy.

Have we considered the fears evoking day by day as they become doubtful of their abilities to raise their babies solely especially with the rising costs of living; especially to be greeted with more curious stares whenever their big bellies show in public simply because these mothers still wear their youthful faces?

Or as they get closer to labour day they start to have a better understanding of all the negativity society has on them?

Or the sudden fear that keeping their babies was a horrible mistake as their children will be mocked for coming from a single-parent family. As that’s how society has trained their citizens to perceive.

Or maybe, it could be their cheating, indecisive and unpromising boyfriends or spouses who left in the middle or at the beginning or at the end of their pregnancy term.

Can we take a moment to dive into their emotional state and fathom their hopelessness along with the feeling to die and disappear? Maybe that is why some ended up aborting their babies although they had already set their mind to keeping them. Yet, this will psychologically turn into a maladaptive behaviour in which they will find themselves aborting babies more frequently and eventually turn mentally ill at the very end of the day.

Despite the state of turmoil that many single mothers had to face while being pregnant, have we ever wondered why many still refused to give up their child through abortion or adoption? I think what society fails to see is the strength that these single mothers have, to bring their child to life and try their very best to nourish him or her with love despite bleak circumstances. I do not think they are cowards simply because they are afraid to hurt a life, I think these women are Superwomen who should be given the full moral support by society simply because they deserve it. I believe women who aborted their fetus right at the very start had their own reasons to do so and shouldn’t be discriminated either but right now I would like to bring your focus to these single parents who fought so hard emotionally, financially – BEFORE AND AFTER their pregnancy – for their own child.

Is there still a need to explain that their strength – driven by the unduly love for their unborn babies – can never be empathised unless you wear their shoes and be them.

Humans are psychologically known to like the simple way out and definitely, many single mummies must have had friends or maybe family members who pins on abortion to solve the issue of unplanned pregnancies. There are parents who claimed that they simply do not want their daughters or sons to suffer from social discrimination yet I’d like to delve in deeper to show that it is the parents themselves who are afraid of being mocked or judged for not “raising their children well and that is why they grow up to become single unwed parents”. These parents feel this way because they have been surrounded by people who shames unwed parents or have been brought up with strict conservative rules and shouldn’t be ill-regarded simply because they have such a mindset.

Once again, it is always about how society sees it, do you see that?

However, from my personal stance, I feel abortion is simply a way of running away from your own problems and not manning up to them with full responsibilities. Again, I would like to highlight that I am in no position to question women who willingly opt for abortion because everybody has their own unique system of beliefs which cannot be compared to another individual’s. Back to being surrounded by unsupportive social circles, it gets tougher for these women to be confident of themselves. It is psychologically acknowledged that one who has a low self-esteem and is always filled with tonnes of self-doubts are bound to fail than succeed in their endeavours. It is a matter-of-fact that people who tend to have high self-esteem are usually surrounded by people who BELIEVED in them and who SUPPORTED them. Surely, there are rare cases where successful people only succeeded simply because they BELIEVED IN THEMSELVES when no one else did but how do you expect these single pregnant mummies to BELIEVE IN THEMSELVES when they were being brought up in a society that shames single parenting and have to go through all the hormonal changes by themselves whilst supporting a life.

To create a social support system in society is simply the backbone of a harmonious society, based on ‘justice’ and ‘equality’.

From the Government’s point of view, one could argue that the Government is being supportive of married couples and married families simply because they DO NOT WANT TO ENCOURAGE their citizens to have children born “out of wedlock” if there are more support given to these single parents.

Why is that so?

Does the Government not want to appear like as though they are going against any religious rules and stir up religious conflicts? However, it is definitely certain that all religions encourage their followers to be compassionate, gracious, kind, etc whether you are Buddhist, Muslim, Christian, Jew, Hindu or a simple Freethinker. No religion in the name of humanity encourages their followers to harm others simply because they “have sinned” for err is human and forgiveness is the best remedy. Yet, religion is a highly sensitive topic which was either shaped by old traditions or had contributed to shaping old/new traditions so I shall touch very mildly on this stance. Perhaps, the Government does not want citizens to forget their roots. Thus, believing that the practice of old traditions will subconsciously leave an imprint on their minds, ensuring that globalization does no effect on destabilising the fundamental structure of Singapore. The Government might also encourage marriage so as to decrease the rate of sexual transmitted diseases and illegal social escorts in Singapore. Well, it could also be about breeding “smarter, happier” babies since children from single parents tend to perform less better than their peers in terms of physical, emotional and neurological development. Yet, the explanation in previous paragraphs has outlined that SOCIETY plays a part in shaping how these babies will turn out to be and it should not exclude babies who come from dual married parents too. Who says children from dual married parents do not suffer too? Maybe, the Government wants to train citizens to not fully rely on social welfare for support and be a glutton but these prevention can already be seen in the meritocratic working life where you earn based on your efforts. Perhaps, the Government feels that the measure of not giving equal rights to single parents can prevent more crimes to happen and more criminals to be bred. However, there is always a reason why criminals are criminals and why crimes form. Instead of trying to solve the ISSUE, the Government should dive deeper into the surface and solve the ROOT CAUSE of the issue.

I believe my article has spelled out the root cause to many societal problems on a normal basis and most importantly, with the implication of single parents. In schools, teachers are trained to incorporate moral values into the belief systems of each child; yet if the Government is being “compassionate” selectively, what is the whole point of moral education? The Government has to bear in mind that this is not about freeing themselves from old traditions, this is a matter of untitled human rights, i.e., an unsolved injustice based on long-held prejudice. 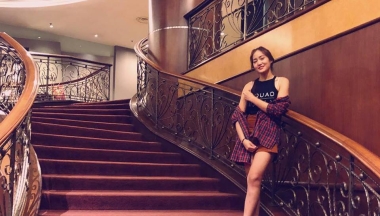